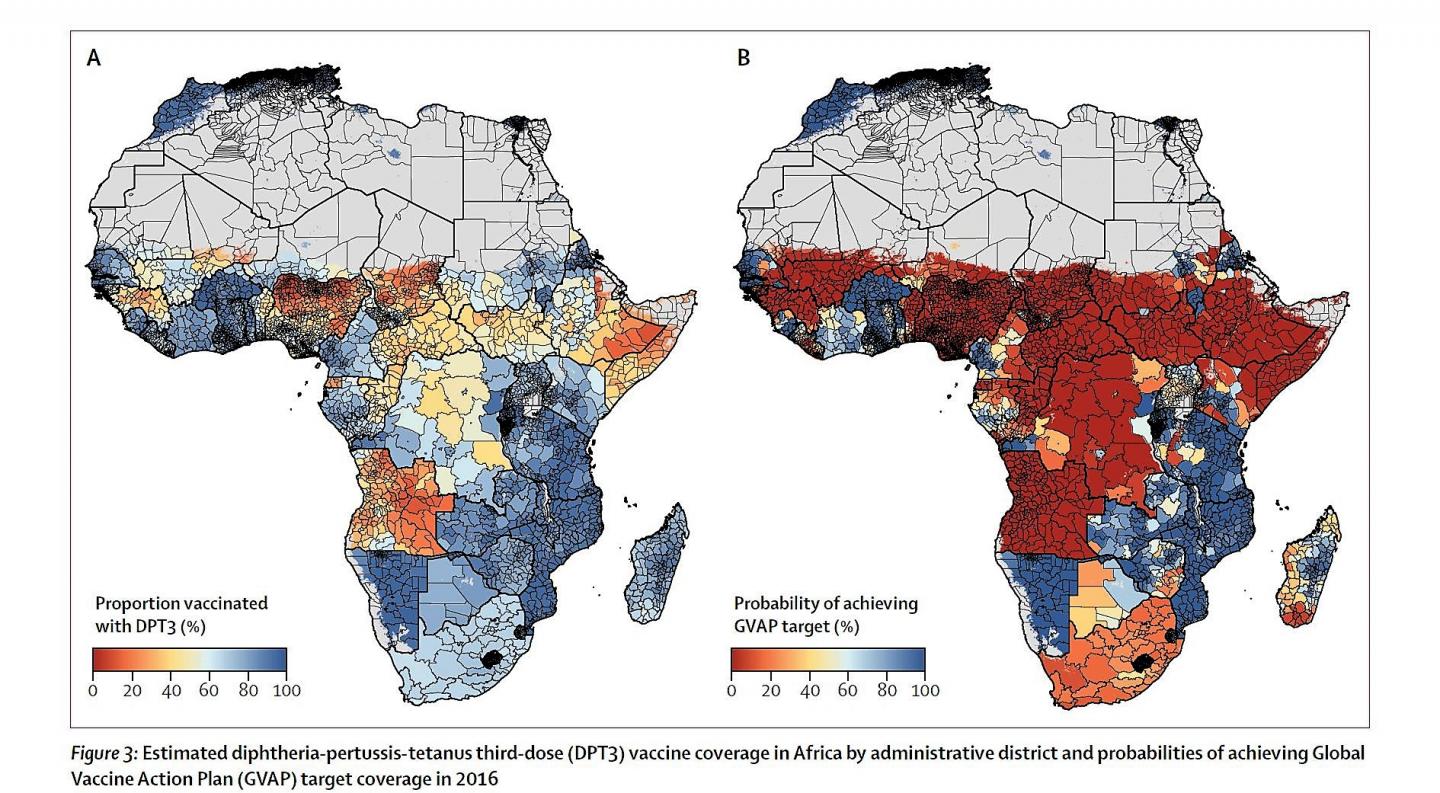 Objective To analyse subnational inequality in diphtheria–tetanus–pertussis (DTP) immunization dropout in 24 African countries using administrative data on receipt of the first and third vaccine doses (DTP1 and DTP3, respectively) collected by the Joint Reporting Process of the World Health Organization and the United Nations Children’s Fund.
Methods Districts in each country were grouped into quintiles according to the proportion of children who dropped out between DTP1 and DTP3 (i.e. the dropout rate). We used six summary measures to quantify inequalities in dropout rates between districts and compared rates with national dropout rates and DTP1 and DTP3 immunization coverage.
Findings The median dropout rate across countries was 2.4% in quintiles with the lowest rate and 14.6% in quintiles with the highest rate. In eight countries, the diﬀerence between the highest and lowest quintiles was 14.9 percentage points or more. In most countries, underperforming districts in the quintile with the highest rate tended to lag disproportionately behind the others. This divergence was not evident from looking only at national dropout rates. Countries with the largest inequalities in absolute subnational dropout rate tended to have lower estimated national DTP1 and DTP3 immunization coverage.
Conclusion There were marked inequalities in DTP immunization dropout rates between districts in most countries studied. Monitoring dropout at the subnational level could help guide immunization interventions that address inequalities in underserved areas, thereby improving overall DTP3 coverage. The quality of administrative data should be improved to ensure accurate and timely assessment of geographical inequalities in immunization. MORE…

This site uses Akismet to reduce spam. Learn how your comment data is processed.